TRNSYS is a complete and extensible simulation environment for the transient simulation of thermal systems including multi-zone buildings.It is used by engineers and researchers around the world to validate new energy concepts, from simple solar domestic hot water systems to the design and simulation of buildings and their equipment, including control strategies, occupant behaviour, alternative energy systems (wind, solar, photovoltaic, hydrogen systems), etc. Throughout its thirty year history TRNSYS has been under continual enhancement by an international group.

TRNSYS (pronounced ‘tran-sis’) is an extremely flexible graphically based software environment used to simulate the behavior of transient systems. While the vast majority of simulations are focused on assessing the performance of thermal and electrical energy systems, TRNSYS can equally well be used to model other dynamic systems such as traffic flow, or biological processes.

The key factors of TRNSYS’ success are:

TRNSYS is made up of two parts. The first is an engine (called the kernel) that reads and processes the input file, iteratively solves the system, determines convergence, and plots system variables. The kernel also provides utilities that (among other things) determine thermophysical properties, invert matrices, perform linear regressions, and interpolate external data files. The second part of TRNSYS is an extensive library of components, each of which models the performance of one part of the system. The standard library includes approximately 150 models ranging from pumps to multizone buildings, wind turbines to electrolyzers, weather data processors to economics routines, and basic HVAC equipment to cutting edge emerging technologies. Models are constructed in such a way that users can modify existing components or write their own, extending the capabilities of the environment.

TRNSYS is a transient systems simulation program with a modular structure. It recognizes a system description language in which the user specifies the components that constitute the system and the manner in which they are connected. The TRNSYS library includes many of the components commonly found in thermal and electrical energy systems..After 35 years of commercial availability, TRNSYS continues to be a flexible, component-based software package that accommodates the ever-changing needs of both researchers and practitioners in the energy simulation community.

The TRNSYS Simulation Studio serves as a robust, intuitive, graphical front end of the simulation, making the user’s job of assembling a detailed system a simple endeavor – similar in nature to hooking up the pipes and wires in a real system. The outputs of one component are graphically connected to the inputs of another. Since its inception of in the mid 1990′s, the Simulation Studio has replaced the need to manually edit the text input file.

Users can watch the value of ANY system variable on an online plot as the simulation progresses (any temperature, flow rate, heat transfer etc.). Output devices also allow the user great flexibility in integrating, printing, and reporting any component output value.

Through our consulting projects at TESS, we have developed well over 500 TRNSYS components. The components contained in these libraries represent the best of our in-house Types. Each of the component libraries comes with a TRNSYS Model File (*.tmf) to use in the Simulation Studio interface, source code, and an example TRNSYS Project (*.tpf) that demonstrates typical uses of the component models found in that library. With the release of the TESS Libraries version 17.0, over 90 new models with many new examples have been added from the previous version 2.0. The following are the 14 available TESS Component Libraries for TRNSYS17.

The TESS Applications Library is an assortment of scheduling and setpoint applications that use the TRNSYS Simulation Studio plugin feature. These components are extremely useful for creating daily, weekly, monthly schedules, normalized occupancy, lighting, or equipment schedules, and setpoints for thermost

The TESS Controllers Library contains numerous controllers for practically any TRNSYS simulation. Components range from a simple thermostat controller to a complex multi-stage differential controller with minimum on and off times, and from a tempering valve controller to an outside air reset controller.

With over 60 different components, the TESS HVAC Library is a far ranging group of components for modeling anything related to heating, ventilation, and air conditioning of buildings. Residential, commercial, and industrial HVAC components are all included.

The TESS Hydronics Library contains a variety of fans, pumps, valves, plenums, duct and pipe components that are essential for working with fluid loops in a TRNSYS simulation.

The TESS Loads and Structures Library contains alternatives to the standard TRNSYS building model including a synthetic building (load curve generator), a simple multizone building, and methods for imposing precalculated building loads (generated by TRNSYS or by other software) onto a TRNSYS system or plant simulation.

The TESS Optimization Library (also known as TRNOPT) is a tool that couples the TRNSYS simulation with the Lawrence Berkeley National Laboratory’s GenOpt program for the minimization of a cost or error function. TRNOPT may also be used to calibrate your simulation results to the data from the actual system. 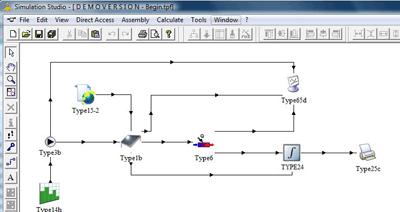 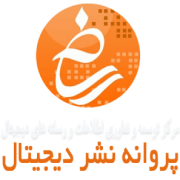 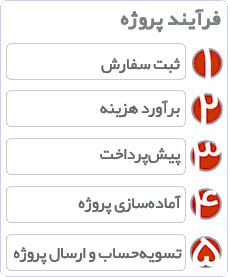